Posted at 22:55h in Conference, Sports & Nature by TipografiaBV

In the beginning they were three: Vlad, Andrei & Ciprian.

They continued in two: Vlad & Andrei.

Thursday night, Vlad and Andrei will come @ Tipografia to share the finest details of their expedition.

Via Carpatica is an old trail, often trampled by shepherds – it covers the whole Carpathians; about half of its length runs through Romania, the rest of it passes through Serbia, Ukraine, Poland, Czech Republic and Slovakia. The route is becoming increasingly sought after by tourists and even though most often they do not cover the entire length,  the journey between the massifs of the Carpathians are increasingly popular. The idea was born in the SKV  – The Transylvanian Carpatina Association of Tourist  (www.skv.ro) and was included in the project: Connecting Romania to the European long-distance footpaths network. SKV is a member of the European Ramblers Association (www.era-ewv-ferp.com) made up of associations that have achieved a European network of 12 long-distance routes. 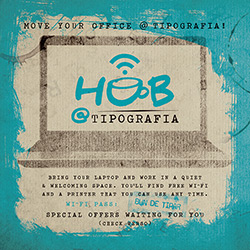